The successful all-sky survey by COMPTEL aboard CGRO has revealed us various types of emissions in the MeV gamma-ray band such as nuclear lines from supernova remnants and continuum from stellar black-hole candidates, spin-down pulsars, and active galactic nuclei in addition to both galactic and extra-galactic diffuse emission. However, the number of steadily detected sources was by orders of magnitudes less than those detected in the X-ray and the GeV gamma-ray bands. This is due to lack of the sensitivity at MeV energies compared to other ranges as called "Sensitivity Gap". After the launch it has been found that the sensitivity of COMPTEL was mainly determined by not the cosmic background but the locally produced background, even after the effective background rejection by the time of flight measurement between a Compton scattering material and an absorber of the scattered gamma ray.

Previous Compton telescopes like COMPTEL localize the incident direction of gamma ray on an event circle superposed on the sky, by measuring the direction of a scattered gamma ray and the energy of both a Compton recoil electron and the scattered gamma ray. A significant background reduction can be achieved by restricting the incident direction to a reduced arc on the Compton circle, by measuring the track of the Compton recoil electron. Next-generation Compton telescopes which consist of silicon multi-layers, liquid Xe, or gaseous detector as a tracker of the recoil electron are being developed.

We have proposed a new MeV gamma-ray imaging detector capable of measuring three dimensional tracks of Compton-recoil electrons in order to explore the all sky in the band between 0.1 and 30 MeV. It is a hybrid detector of a gaseous time projection chamber (TPC) and a position-sensitive scintillation camera enclosing the TPC. Gaseous detectors have an advantage in tracking the recoil electrons because of less multiple scattering compared to solid or liquid detectors, although they have a disadvantage of poor detection efficiency. 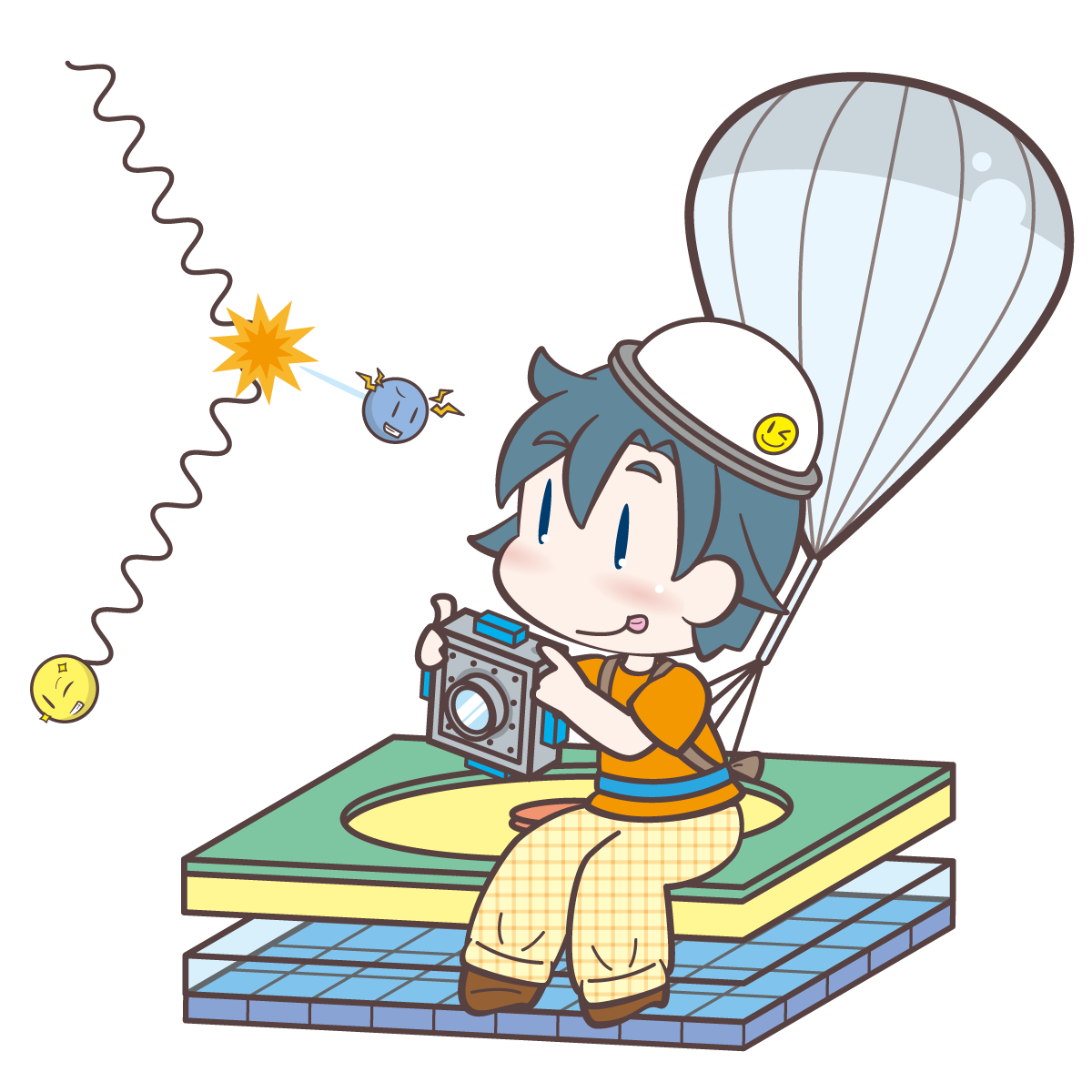